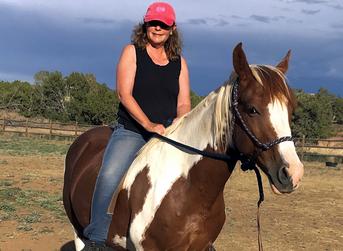 Helen K. Garber is known for her night urban landscapes taken in cities such as Los Angeles, New York, Paris and Venice, Italy. Her images are exhibited internationally and are in permanent collections of museums, corporate and private collections.  Museums include LACMA, the Brooklyn Museum, George Eastman Museum, NY, Museum of the City of New York, the Portland Museum of Art, Oregon, MOMA Dublin, Ireland, the archives of the Venice Biennale, Venice, Italy, the Huntington Museum, San Marino, CA and the Academy of Motion Picture Arts and Sciences.

Helen's work has been published in a number of books and she authored Venice Beach, California Carnivale in 2005.  Her photo essay about life on Ocean Front Walk became the official commemorative book for the 2005 Venice Centennial.

A Night View of Los Angeles was commissioned for the 2006 International Biennale of Architecture in Venice, Italy. It is a 40-foot long, 360-degree panorama of the entire city of Los Angeles that was printed on one continuous piece of silk fabric. A second print was printed on vinyl for the front entrance of Photo LA, 2007.  Mayor Antonio R. Villaraigosa presented Helen with a special commendation for the beautiful rendition of the city.

Helen partnered with graffiti writer, Duce and invited other renowned Los Angeles graffiti artists to use that print as a surface to ceremoniously tag the entire city of Los Angeles at  once. It creates a statement about the importance of having art programs in public schools.  A Night View Collaboration was first installed at the 2007 Venice Art Walk, and has been exhibited a number of times including the international FADA Los Angeles Art show in January 2010.

Helen directed a 2-year long project entitled An Intimate View where artists of different cultures and economic backgrounds documented their own neighborhood over a period of a year in a subjective manner.  The first installation included the 25 artists of GroupLA 2008, An Intimate View of Los Angeles.  Presented at MINARC/Gallery Skart, it premiered as part of Month of Photography Los Angeles, 2009. The installation was again exhibited at the international, FADA Los Angeles Art Show in January 2010. The collaboration was well received and reviewed by Edward  Goldman, KCRW art critic.

GroupSC 2009, An Intimate View of Southern California, covered a broader area that included 45 artists living in cities from San Diego to Palm Springs to Santa Ynez Valley.  Duce painted a mural on a trailer the group rescued from the forest and revitalized into a mixed-media projection mobile. The new installation debuted at MOPLA 2010, was the centerpiece of the Autumn Lights Festival in September 2010 and then was later installed at the Medium Festival of Photography in 2013. Miss Lucy, the trailer, is in the permanent collection of the San Diego Automotive Museum and the projection files are in the archives of the  Huntington Museum, San Marino, CA.

Urban Noir/LA – NY is a multi-media installation and formal photo exhibit that combines Helen’s night urban landscapes with text derived from pulp fiction using the city as character and jazz music. It was first presented at the Samuel Dorsky Museum of Art in New Paltz, NY, in the fall of 2007.  Grammy-nominated musician, John Beasley then composed an original jazz score that he performed live as part of Helen’s presentation at the Annenberg Space for Photography in June 2009.  The 17-minute projection was presented as part of the Academy of Motion Picture Art & Sciences, Oscar Noir Festival in August 2010. 5 of the images are on display as part of the exhibit, The Noir Effect at the Skirball Cultural Center, Los Angeles, CA.

The Noir Diptychs are a series of images concerning the idea of fear. The decisive moment when you sense something is amiss and you have to act quickly to preserve your safety. Helen was involved in two car accidents within 4 months of each other in 2007.  The physical injury to her neck disallowed her the ability to look through the lens of her camera for the next 3 years.  She looked back to her contact sheets to create a two-image narrative from her existing negatives so she could continue to create new work while her neck fully healed.  The Noir Diptychs were exhibited at Farmani Gallery, Brooklyn, NY, dnj Gallery, Santa Monica, CA and the Artview Gallery, Chatham, NY .

Venice/Venezia, also created during the time of her recovery are a second series of diptychs that illustrate the relationship of the two cities.  It is a comment on global tourism and the effect on the people who actually reside in these over burdened destinations. The formal exhibit was first presented at dnj Gallery, LA in 2010 with an edited version at the LA Architectural Photography Show in  2010 .

Helen began working in mixed media using photographs from her archives, book pages from her personal library, twine and encaustic on reclaimed wood panels in 2010. The first piece in the Encaustic series was acquired and exhibited at the Irish Museum of Modern Art, Dublin, Ireland in July 2011.

Conjuring Venice, Venice imagery with pages of Ray Bradbury’s Death is a Lonely Business (set in Venice) is a sub portfolio of this work. The encaustic assemblages are intended to promote re-use, appreciation of the urban landscape and historic preservation.  The work was exhibited at the Loft at Liz's and dnj Gallery, 2012.

Venice:Yesterday/Today or still crazy after all these years was a portfolio created in 2012 to support the Venice (CA) Historical Society.  After given access to the society's photo archives, Ms. Garber acted as an urban archeologist and determined the exact locations where the earlier images were taken.  Miss Garber re-created the moments from the past and with fine art printer Titano Cruz, paired the two images and presented as diptychs.  The inaugural exhibit at Universal Gallery in Venice included 16 diptychs.  It was published as the 2013 Venice Community Calendar.  The folio was acquired by the Los Angeles Public Library Photo Archives in 2017..

Ms. Garber had 5 works in The Noir Effect, a small group photography exhibit accompanying the Light and Noir exhibit at the Skirball Cultural Center in 2014-15.  The other artists included Ed Ruscha, Cindy Sherman, Daido Moriyama and Alex Praeger.

Undulationsrepresents 30 years of observing Santa Monica Bay. The one person exhibit was presented at Leica Gallery/LA in 2015.

Ms. Garber discovered Santa Fe, New Mexico in 2014 and moved to a ranch there in 2016 to pursue her love of horses.  She and her husband recently purchased Rancho de Sueños in Santa Fe.

She is again directing dozens of LA based artists to document their life in Los Angeles in 2020.  She began the project in late 2019, wanting to show how LA has changed in the past decade, not knowing how crazy year 2020 would be.  You can view images from 35 LA artists on Instagram #groupla2020.